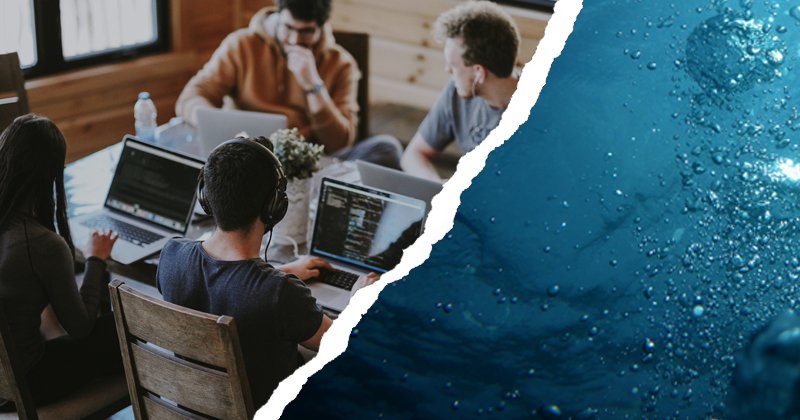 According to the Association of Water Technologies 2019 Benchmarking Survey, hiring qualified employees is the top challenge over the next five years for middle market water businesses. That’s a tough challenge. As a result, WaterTrust is authoring a white paper – Water Jobs for Young Leaders scheduled for release in the 3rd quarter 2020. Our goal is to provide useful new insights on ways to improve water jobs for owners and young professionals.

Receive a free copy of Water Jobs for Young Leaders by completing the brief online survey below.

1. Millennials are the most educated.

The highest % of college educated people in any generation are Millennials. Millennial women have made the greatest strides with 36% earning at least a bachelor’s degree versus 28% of Gen Xers, 20% of Boomers and 9% in the Greatest Generation (Pew Research).

2. Climate and Environment are the top concerns of our youth.

The Deloitte Global Millennial Survey 2019 provides insights to the views of 13,416 millennials across 42 countries, and 3,009 Gen Zs from 10 countries. Climate and environment are the top concern for both Millennials and Gen Zs.

3. Millennials are the largest workforce.

More than one-third of US workers (35%) are Millennials. They have been the largest US workforce since 2016, followed by Gen Xers at 33%. These two Post-Boomer generations represent 68% of today’s workforce. Boomers are 25% of the workforce, with the youngest Boomers reaching retirement age (65) in ten years. (Pew Research).

Receive a free copy of Water Jobs for Young Leaders by completing a brief online survey. Thanks for your support! 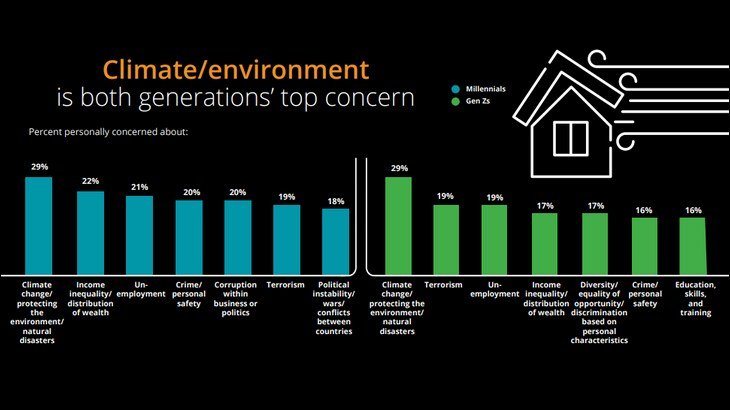 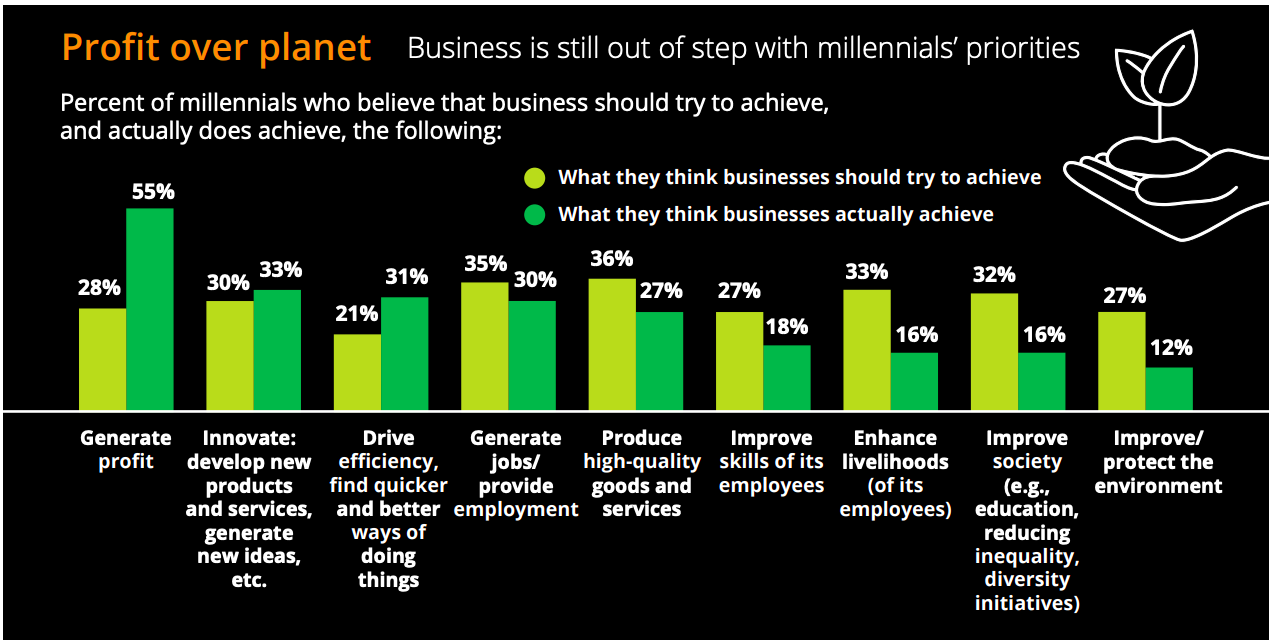 *WaterTrust white paper – Water Jobs for Young Leaders – will be forwarded to survey participants as soon as we have enough data. The identity of all survey participants will remain strictly confidential. For more information contact: john@watertrust.com. 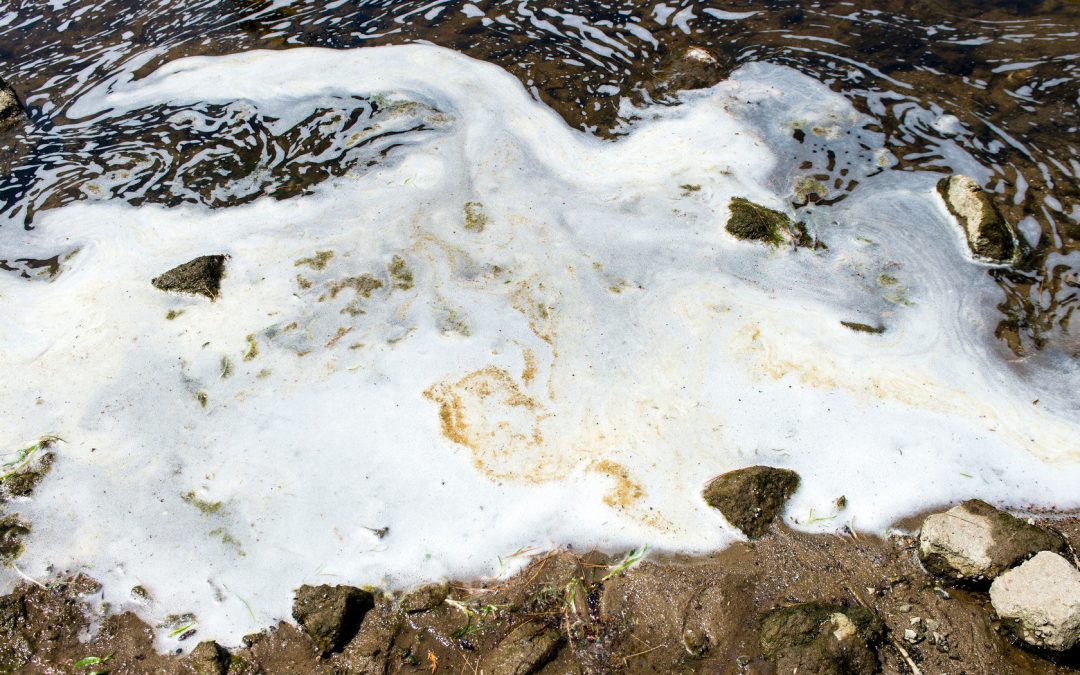 PFAS contamination of water resources has made the national stage recently. (See: Toxic ‘forever chemicals’ more common in tap water than thought). PFAS chemicals Per- and polyfluoroalkyl substances (PFAS) are a group of man-made chemicals that are very persistent in the environment and can accumulate over time in the human body.

Wikipedia: The most comprehensive epidemiological studies linking adverse human health effects to PFASs, particularly PFOA, come from The C8 Science Panel.[18] The panel was formed as part of a contingency to a class action lawsuit brought by communities in the Ohio River Valley against DuPont in response to landfill and wastewater dumping of PFAS laden material from the West Virginia Washington Works Plant.[19] The panel measured PFOA (C8) serum concentration in 69,000 individuals from around DuPont’s Washington Works Plant and found a mean concentration of 83.0 ng/mL, compared to 4 ng/mL in a standard population of Americans.[20] From this panel, 35 studies investigating probable links between elevated C8 blood concentration and specific health outcomes were determined by measures of association and are summarized below. 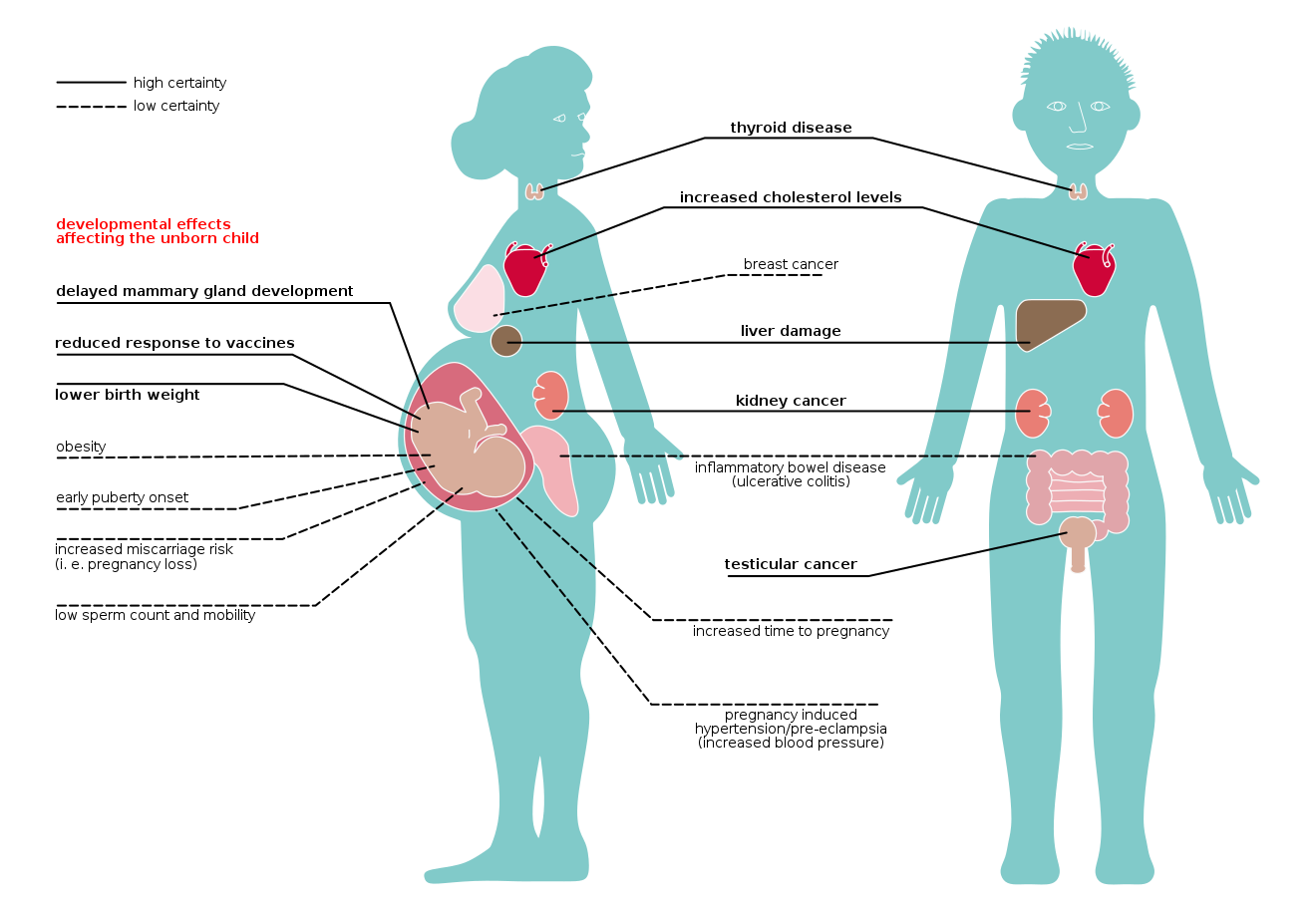 US EPA: PFAS have been manufactured and used in a variety of industries around the globe, including in the United States since the 1940s. PFOA and PFOS have been the most extensively produced and studied of these chemicals. Both chemicals are very persistent in the environment and in the human body – meaning they don’t break down and they can accumulate over time.

PFAS can be found in:

What are some key first steps? 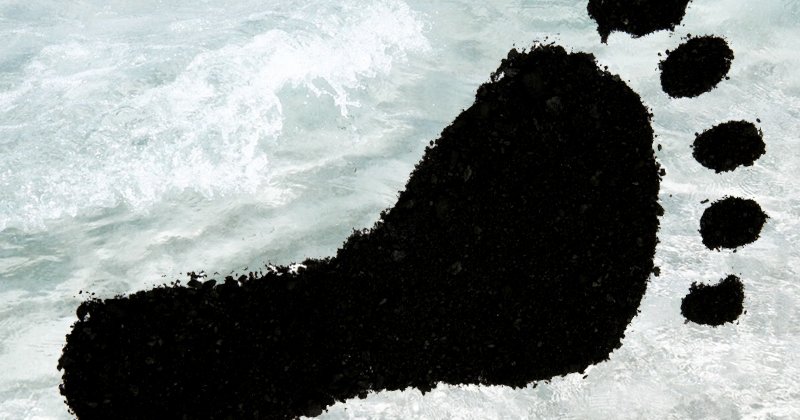 The carbon footprint of water is a modern way to talk about reducing water and energy and to create new environmental services. But there are some nuances in how you look at things which are important in making air and water cleaner. There is a major movement sweeping across corporate America, cities and states to de-carbonize. It’s for good reason based on what science is telling us. This is a perfect time to catalyze a new phase of growth for your environmental water business.

A carbon footprint is the total green house gas (GHG) emissions caused directly and indirectly by a person, group, event, or product (Center for Sustainable Systems, University of Michigan). The key measure is carbon emitted to the air as carbon dioxide (CO2) which is commonly in metric tons.

Giffiths-Sattenspiel and Wilson (The Carbon Footprint of Water 2009) estimate water lost in the U.S. due to leaks equals about 2.28 metric tons of CO2 per million gallons of water. Here is an example for a cooling water treatment system (make sure you get valid local numbers for local carbon footprint work).

Cooling Water Example
If a cooling water treatment system saved 2 million gallons of water each year, how many metric tons of CO2 emissions would be eliminated?

The problem of excess carbon

High carbon levels in the air are harming the way we live – more floods, droughts, extreme weather, etc. I learned about this in the early 1990’s as a grad student in “Global Environmental Policy,” taught by Professor William Moomaw, Tufts University, Fletcher School of Law and Diplomacy. Here is a short piece of the science.

The Scripps Institute of Oceanography, University of California San Diego began to monitor CO2 in the sky in 1956. Below is their data up to May 5, 2020, referred to as the Keeling Curve. 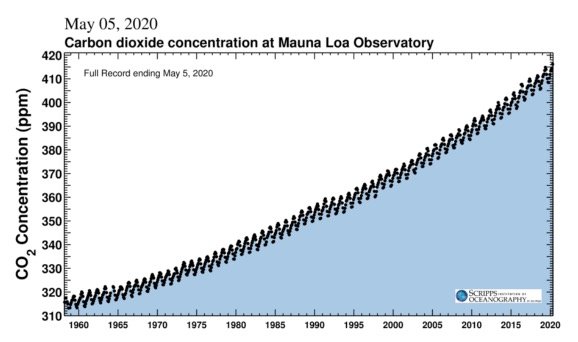 The Scripps CO2 Program is led by UCSD Professor Ralph Keeling, son of the late Keeling Curve creator Charles David Keeling who founded the program in 1956. Dr. Keeling puts it like this.

“Prior to the onset of the Industrial Revolution, CO2 levels had fluctuated over the millennia but had never exceeded 300 ppm at any point in the last 800,000 years. In 2013 CO2 levels exceeded 400 ppm in the air for the first time in human history. We keep burning fossil fuels. Carbon dioxide keeps building up in the air. It’s essentially as simple as that.”

Why is less carbon good for water business?

1. Strengthen the case for water and energy savings projects

By adding the reduction of CO2 emissions in your water and energy savings, you will strengthen the business case for your proposals. You may also get free brand exposure from your client’s low- or no-carbon success stories.

Climate and environment are of top importance to our youth. They will be energized and attracted to a low/no-carbon initiative by a water company.

Something to think about: 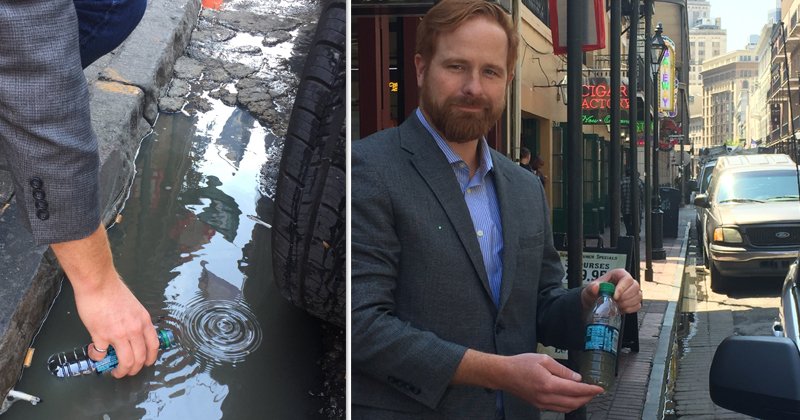 The DNA of “Bourbon Gumbo”

For those who missed the opportunity to get a good laugh and learn something about DNA sequencing, this is worth a read, reposted from the originals. Apparently this fella swimming in Bourbon Gumbo did not get the memo.

Have you ever been to Bourbon Street in New Orleans? Microbe Detectives got back from a great week at WEFTEC in New Orleans. We really enjoyed the culture, amazing food and great music, and it was a very successful business trip. However, we spent several nights on Bourbon Street (UGH!).

We just could not resist finding out what kind of microbes might be living in the street gutter water (known as Bourbon Gumbo). So we decided to grab a sample and sequence the DNA of it’s microbiome.

Where does the term “Bourbon Gumbo” come from? – from our Uber driver. We told him we wanted to analyze the microbiology of one of the water puddles on Bourbon Street, and he told us “that’s known as Bourbon Gumbo.” He said “that’s some really nasty stuff,” and started an out of control laughter. We asked a graduate student in environmental engineering at the University of Illinois (whom we met on the plane ride home) what she thought was in “Bourbon Gumbo.” She said, “I’m not sure but it was definitely bubbling and probably contains anything gross that can come out of the human body.” She also thought it was funny, nasty and interesting that we are going to sequence the DNA of the microbes.

Now our “Bourbon Gumbo” was sampled on Thursday September 28 at 1pm. We have been told that the streets are cleaned and hosed down early every morning. So maybe we will not find what might be found later in the night, but we are not sure.

Turns out, it was a bit more interesting than that. 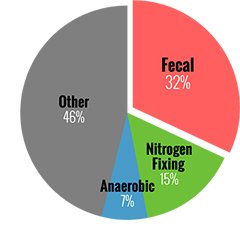 The water was analyzed using DNA sequencing to identify the bacteria present. The high abundance of the Firmicutes Phylum is unusual for clean surface water and indicates potential fecal contamination. Though no obvious pathogenic genera were detected, 32% of identified bacteria was dominated by fecal-associated bacteria, especially Prevotella, Bacteroides and many others. Most of these bacteria live in mammal intestines including the human gut. However, Prevotellais generally not that abundant in the human gut in the Western Hemisphere (though it is quite common in some developing countries with diets lower in fat and protein).

As a result, it seems that the presence of these fecal bacteria is likely predominantly due to manure from a large mammal. Several of the bacteria are associated with ruminate mammals. Since Bourbon Street hosts many celebrations and parades, it’s likely we’re seeing the aftermath of some horse manure festering in the puddles on the street. 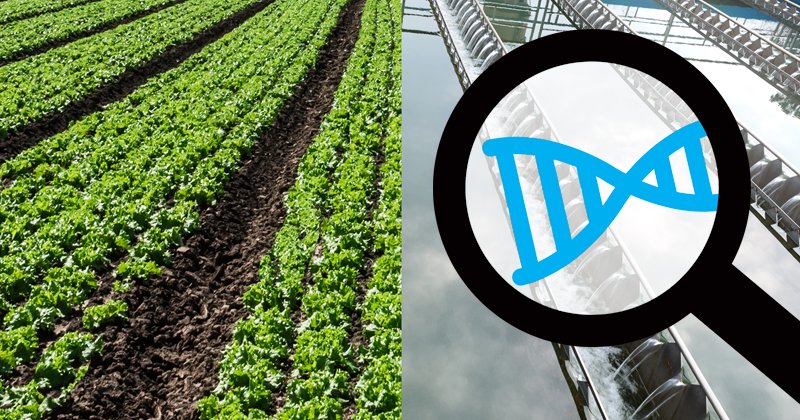 Biological Nutrient Removal [BNR]. What we’re looking at is finding ways to remove phosphorus and nitrogen from the wastewater biologically instead of chemically. That results in a lower net resource consumption. It also allows us to actually recover phosphorus and nitrogen. Instead of treating it, where we are removing it from the water but have another environmental impact (which is the disposal of solid waste), it actually allows us to concentrate those nutrients, pull them out, and get them back into the fertilizer cycle. Biological Nutrient Removal really drives a lot that is protecting the waterways. It’s recovering valuable resources and at the end of day it actually uses less energy to treat water than conventional processes.

A really great success story of using metagenomics in wastewater treatment and resource recovery involves a facility outside of Dallas, Texas. They’ve been doing metagenomic sequencing for about three years now and over that period of time they’ve used that to understand their ecology and give them confidence in operating their facility in a different way. With that they’ve been able to change operational strategies that reduced annual costs by three-hundred and sixty-thousand dollars a year.